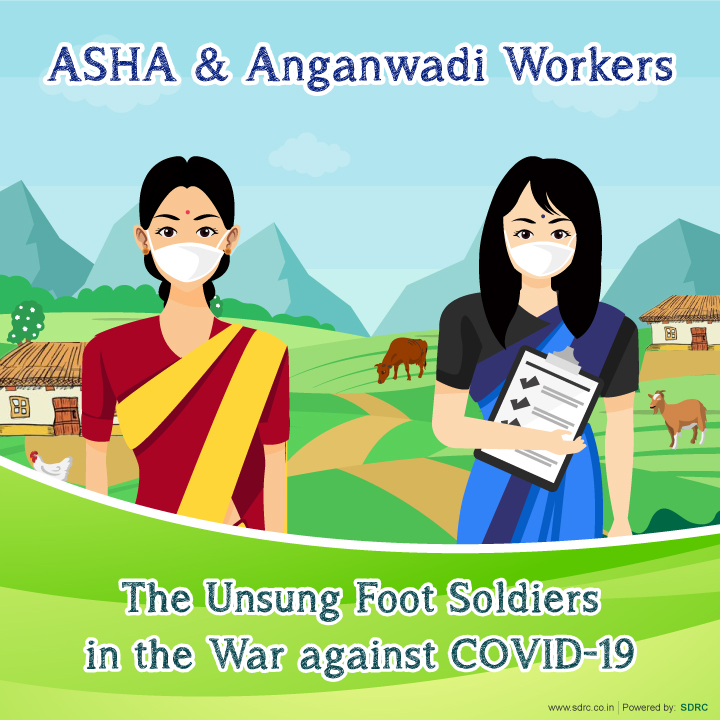 Annnapurna Choudhury, an anganwadi worker in Balarampur village in Ganjam district was in for a pleasant surprise when her phone rang on the morning of April 29. The caller was none other than Chief Minister of Odisha Shri Naveen Patnaik, who saluted her courage and dedication to join duty even after undergoing a major neurological surgery just a few days back.

Although she still experiences post-operative pain in the neck, she visits all 187 families in the village as well as the Balarampur inter-State check-gate to assess the situation. The Chief Minister Office also posted her story and called her dedication exemplary.

The same month, in April, several leading news channels and portals highlighted the story of ASHA (Accredited Social Health Activist) karmi Mamata Sahu, who continued with her persistent and tireless work even while she was eight months into her pregnancy. In that condition, she visited every village in Malia panchayat in Binjharpur block to inform people on social distancing, safety measures and procedures for home quarantine.

On May 13, Arundhati Moharana was working at a local quarantine centre at Anta village under Jeypore ICDS Centre. At 3pm, she received a message that her house was on fire. Instead of panicking and leaving the centre, she called the fire department and continued with her work. When she reached her home afterwards, she found that her worship room was completely razed. However, in spite of the accident, she continues with her work with the same dedication and focus as before.

These are just a few stories of 1.337 lakh anganwadi workers and 47,344 ASHA karmis in the state who have overcome their personal problems and went beyond their comfort zone to keep their villages safe.

They are at the forefront in the fight against COVID-19 and are serving as a connection between health officials and those in quarantine. Like everyone in the fight, they do fear for their health as well as their families, but they conquer it and go about their work proactively. ASHA and anganwadi workers are now performing COVID duties in addition to their routine tasks.

Reena Didi, an ASHA worker in Nuagaon Panchayat in Niali Block, starts her day at 5am every morning and completes her domestic chores by 7:30am before heading out to work. Assigned with the duty to check the health condition of the entire households in the village, she goes door-to-door to survey the residents and record their health status.

Providing a glimpse of her work, she explained, “I look after the entire Panchayat with four other colleagues. After we do the survey, the report is submitted to the officials of the health department. We have updated every detail of all households and we have ensured that all the people abide by the social distancing norms and government guidelines.”

She further stated, “We also go door to door and identify beneficiaries of various government schemes, including children, pregnant and lactating mothers who have special nutrition needs and we provide them with the supplies.”

Unlike anganwadi workers, ASHA karmis don’t receive fixed pay. The state government has hiked their minimum pay to Rs 3500 for three months between April and June. Before the pandemic, Reena Didi used to get between Rs 5000 and Rs 6000. Now she gets Rs 7000-7500.

When asked if she is happy about her remuneration, she said “Though the money is not much, it is sufficient for me to supplement my husband’s income and take care of my two children. I love my work and my community, and I will do whatever it takes to keep them healthy and safe.”