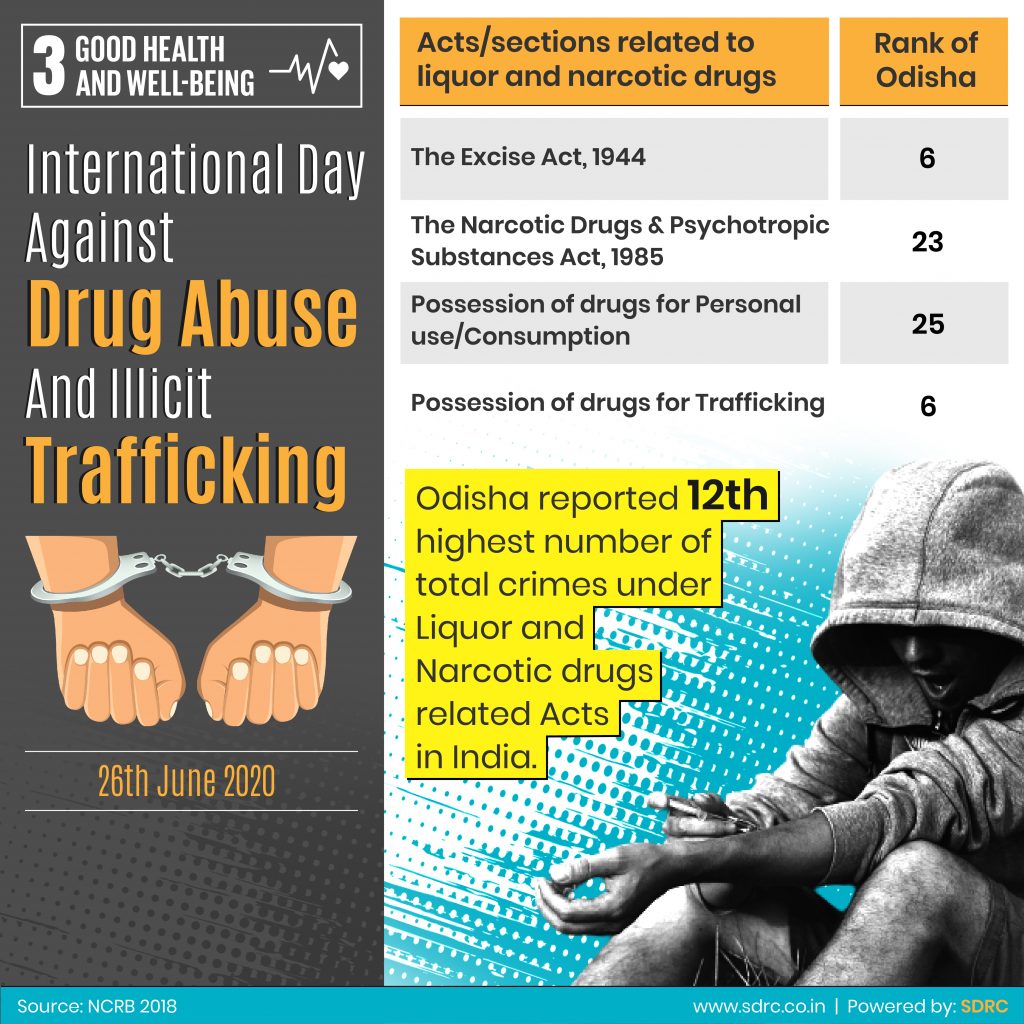 Being a keen, outgoing, and sportive teenager, Tinku (name changed) befriended with everyone in his locality, including some boys older to him. On his 15th birthday, he saw three of them smoking substances in the local club house. Just as he tried to leave, he was called by one of them and greeted with a ‘Happy Birthday!’ shout out. He was then urged to try one of the hand-rolled joints. When he refused, he was told that it was their birthday gift to him.

Reluctantly, he took a puff and, a few minutes later, a false sense of relaxation got the better of him. He knew that wasn’t real, but he enjoyed the momentary euphoria. He revisited the place after some days and was asked to pay Rs 10 for a full joint. He went home and stole a note from his father’s wallet. Soon after that, smoking and stealing became a routine. That continued for a few months until one of his ‘friends’ died of overdose and he was left shocked.

Despite claiming thousands of lives, destroying numerous families, and fuelling all types of crimes, the abuse and trafficking of illegal drugs is on rise. The size of illicit drug trade around the world every year is worth billions of dollars. The UN’s 2005 and 2007 World Drug Reports put the value at USD321.6 billion and USD322 billion, respectively.

Considering the widespread trafficking and consumption, the size and value of the deathly trade is several times higher. To end the drug epidemic, a zero-tolerance approach is the need of the hour. Coordinated action and cooperation among all governments can wipe out the menace.

The International Day against Drug Abuse and Illicit Trafficking is observed on June 26 every year and this year’s theme is “Better Knowledge for Better Care”. The theme highlights how better knowledge will promote better global cooperation and coordination to counter the ill effects of illegal drugs on health, governance, and security.

In the past couple of decades, drug abuse and trafficking has become one of the most serious problems for the administration and the youths of the state.

As per the NCRB 2018 report, Odisha reported 12th highest number of total crimes under Liquor and Narcotics drugs related Acts in India.

In December 2019, a reply of Union Minister of State for Social Justice and Empowerment Rattan Lal Kataria to an unstarred question revealed that Odisha has the second-highest drug rehabilitation centers in the country. Under the Prevention of Alcoholism and Substance (Drugs) Abuse scheme, the eastern Indian state has received Rs 20.38 crore from the central government in the last three years.

On January 13 this year, the birth anniversary of legendary spiritual master Swami Vivekananda, our honorable Union Minister of Petroleum and Natural Gas Shri Dharmendra Pradhan inaugurated the Academy for Indian Culture, Yoga and Management in Bhubaneswar. Addressing the youth after the inauguration ceremony, he said drug addiction and substance abuse is a major challenge for the state’s youths. He urged the youth population to fight against hunger and poverty.

Why is alcohol and illegal drugs abuse a major problem in Odisha?

Illegal cultivation of cannabis and hemp plants is widespread in some parts of the state, which are then trafficked and supplied to dealers across the state and the country. Apart from marijuana, the trafficking of other narcotics is also on rise.

Gullible youths, under peer pressure or bad company, try these to experiment or experience fun and often get addicted. Unemployed youths often take these with the aim of forgetting their worries.

Once they get addicted to these, they resort to several crimes such as chain snatching, mugging, stealing, and burglary to buy their regular dose.

Alcohol sales and consumption, though one of the major sources of revenue to the state government’s coffers, have led to an increase in road accidents and fatalities. Between 2014-15 and 2018-19, excise revenue increased by 93% and the production of beer and Indian-made foreign liquor surged by 10% and 17% respectively. In the same period, however, the number of accidents increased by 92% and the fatalities by 115%.

What the state government is doing?

The state government has attempted some steps to control the rampant abuse and trafficking of illicit drugs. Some of them are:

Constitution of an exclusive committee: To control alcohol and drug abuse, the state government has formed a committee to ensure coordination among different agencies and departments.

Anti-drug campaigns: Such campaigns are organized in different parts of the state to spread awareness on the ill effects of illegal drugs and their long-term impact on health and lives.

What does the government needs to do more?

The state government can do a lot more to put an end to the illegal drug abuse and trade by taking these following steps:

Proper allocation of the funds: In the past three years, the state has received Rs 20.38 crore from the central government under the prevention of Alcoholism and Substance (Drugs) Abuse scheme. It needs to allocate the funds properly to run the rehabilitation centers and ensure the right therapies and support for the inmates.

Reduce reliance on excise revenue and create alternative earning sources: Being a mineral-rich state with immense potential in terms of talent and scenic beauty, the state government must create different revenue sources and reduce, and eventually end, its reliance on excise.

Coming back to the story of Tinku, after coming to terms that his friend succumbed to a fatal overdose, he confessed everything to his parents. Though devastated and clueless what to do at first, his father took him to a local rehab. After a few tests and reports, it was found that Tinku was at the nascent stage of addiction with a history of mild substance abuse. He was put on a healthy diet, exercise routine, yoga, and meditation practices. After three weeks, he was back to his normal life. He is 35 now, working as a marketing professional in an MNC, and leading a clean and healthy life ever since.