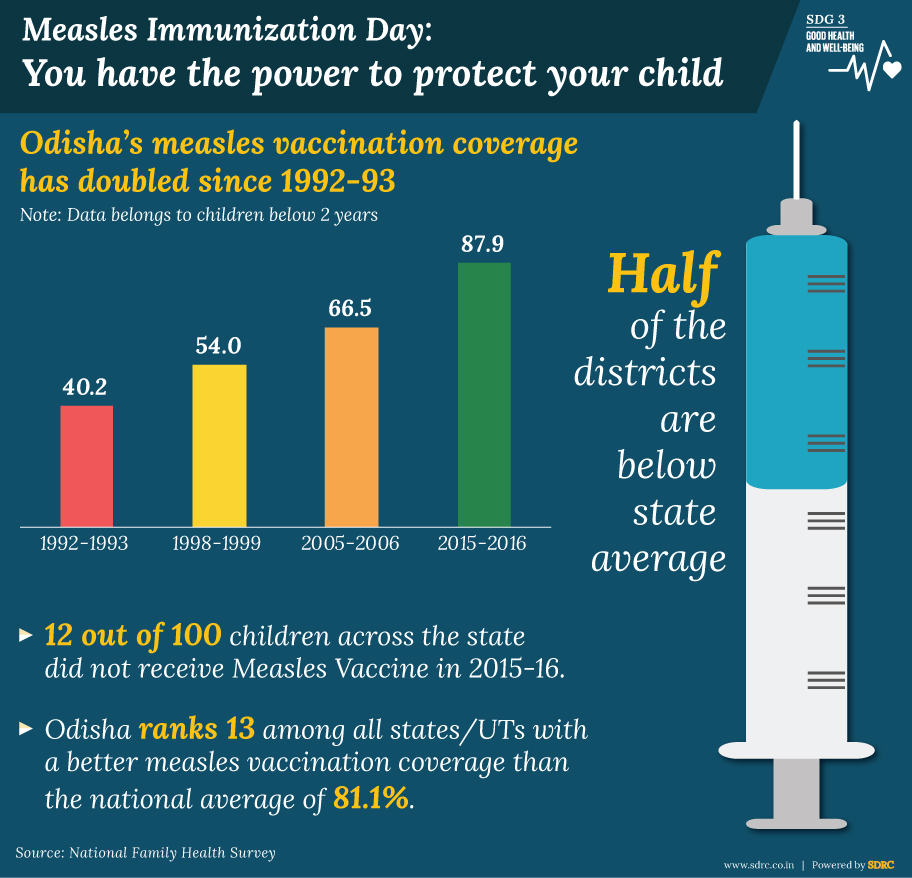 Bablu, a seven-year-old boy from Khiligunda village in Gajapati district, developed high fever, red blotchy rash on skin, inflamed eyes and incessant cough. He was taken to the nearest community health centre and was diagnosed with severe measles. After a high dose of vitamin A and intravenous antibiotics, he was referred to the district headquarter hospital. But by the time he reached there, it was too late. It was later discovered that he wasn’t vaccinated for measles.

Every year on March 16, Measles Immunization Day is observed to create awareness among people about the highly contagious and deadly disease.

Measles is caused by a virus that reproduces in the throat and nose of an infected adult or child. When they sneeze, cough or talk, other people are likely to inhale the contaminated droplets in the air.

Although there is no treatment for the disease, there is a safe and cost-effective vaccine to protect healthy people from contracting the disease.

Before measles vaccine was introduced in 1963, serious epidemics occurred nearly every two-three years and the disease resulted in approximately 2.6 million deaths every year around the globe. About 2.7 million children in India are infected with measles every year.

According to the World Health Organization, here are some key facts about measles vaccination:

Where does Odisha stands in terms of measles vaccination coverage?

As per the National Family Health Survey, the state of measles vaccination coverage in Odisha are as below:

Who are at major risk?

What can be done to prevent the disease?

The World Health Organization recommends immunization for all children with two doses of measles, either alone or measles-mumps-rubella (MMR) or measles-rubella (MR) combination.

What the government is doing to ensure maximum vaccination coverage?

In 2017, the Indian Government rolled out pan-India measles-rubella vaccination campaign to prevent diseases.

The vaccination is provided under Universal Immunisation Programme at 9-12 months of age and the second dose at 16-24 months of age.