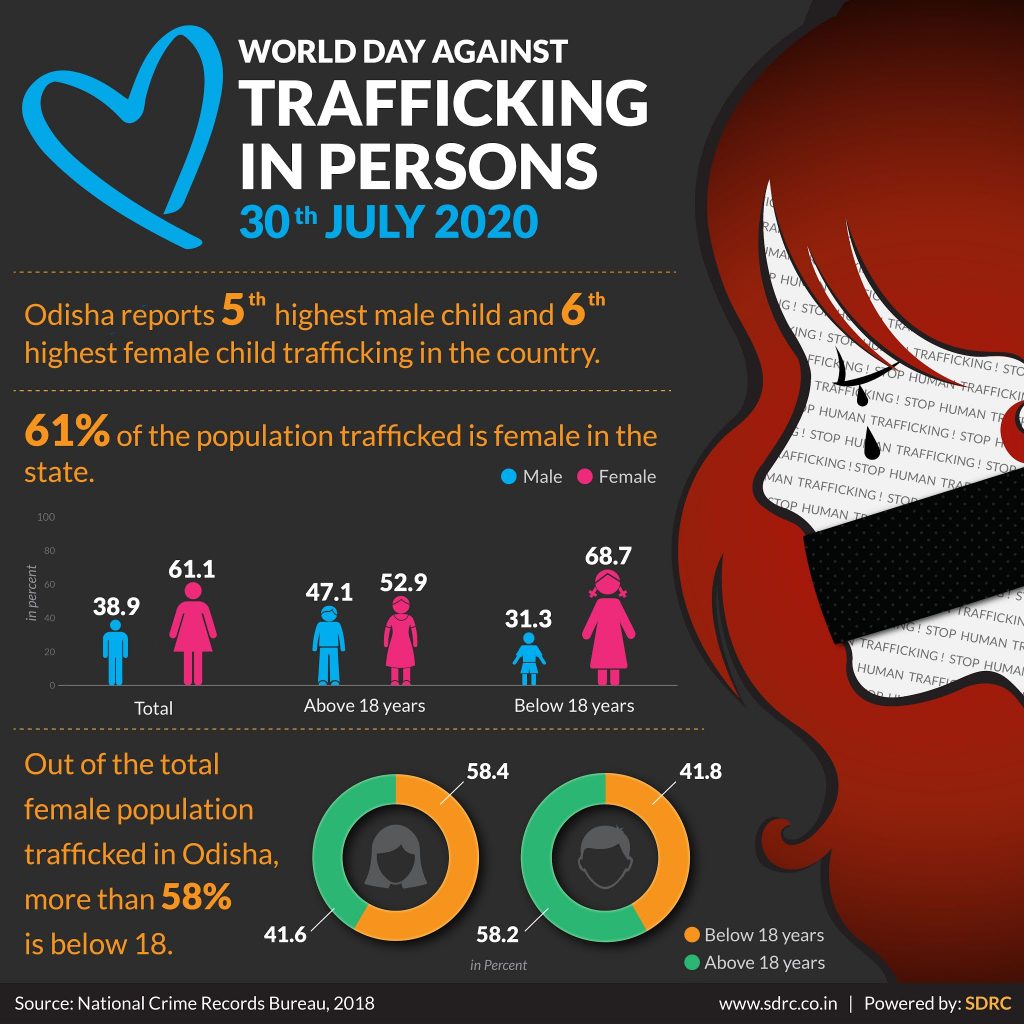 Human trafficking – particularly of women and children – is a serious problem and Odisha is witnessing a rise in the organized crime. The numbers of missing persons have increased in the state, while the successful tracing, rescue, and rehabilitation remained abysmally low.

The data also indicated that Odisha Police lagged in tracing the missing persons compared to other states. The police force could trace only 25% of the women and 29.2% of men who went missing in 2018.

In terms of total number of trafficking cases, Odisha ranks 11th among all Indian states and union territories.

As the state witnessed rising human trafficking cases, the government initiated some measures over the years to keep the number of cases in check. Some of them are:

Corrective measures and remedies: In 2019, a study was conducted by the state Crime Branch, Odisha Police and Sambalpur University to find out the remedies of human trafficking. The report suggested corrective measures at three levels:

Provisions under Odisha State Policy for Girls and Women 2014: The state government policy, which provides an actionable and comprehensive framework for overall development of girls and women, has provisions for trafficked girls and women. This has directives to:

What the state can do more to prevent trafficking of persons?

Strict laws: On July 2, Odisha High Court said despite the heinousness of girls and women trafficking for commercial sexual exploitation it attracts a maximum jail term of three years, whereas drug trafficking attracts a minimum term of 10 years. The laws related to human trafficking needs to be stricter and exemplary.

Creating Awareness: The state government must impart human trafficking awareness training on individual level as well as in community and organizational levels, which would include teachers, community leaders, law enforcement bodies, government officials, first responders, among others.

Community Interactions: Hosting community interactions in schools, colleges, town halls, and public places regarding safety of community members, especially women and children, is a good way to sensitize the issue.

Identifying traffickers’ tactics: The Police Department and intelligence agencies need to recognize the tactics traffickers use to lure and entrap victims and be prepared to catch them upon identifying their activities.