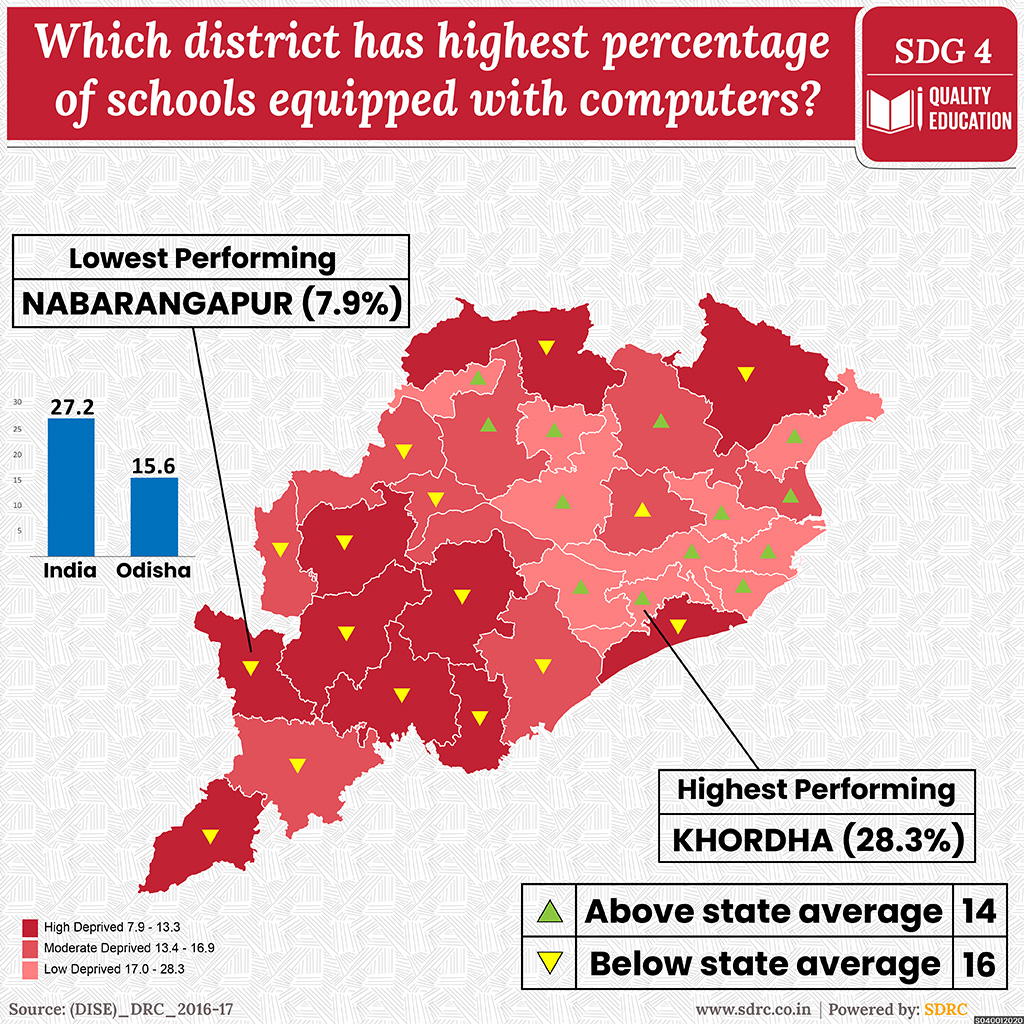 Although according to the Right to Education Act, every school must have computers, the national average stands at just 27.2%, says U-DISE 2016-17 data.

Odisha fares even much lower, with the average percentage of schools with computers at 15.6%.

With a percentage between 7.9% and 13.3%, the high deprived districts are Malkanigiri, Nabarangapur, Kalahandi, Rayagada, Gajapati, Puri, Balangir, Mayurbhanj and Sundargarh.

With a percentage between 13.4% and 16.9%, the moderate deprived districts are Koraput, Nuapada, Ganjam, Dhenkanal, Baudh, Subarnapur, Bargarh, Sambalpur and Kendujhar.

With a percentage between 17% and 28.3%, the low deprived states are Kendrapara, Baleshwar, Jagatsinghpur, Khorda, Cuttack, Jajpur, Angul, Debagarh and Nayagarh.

The image can be downloaded here.