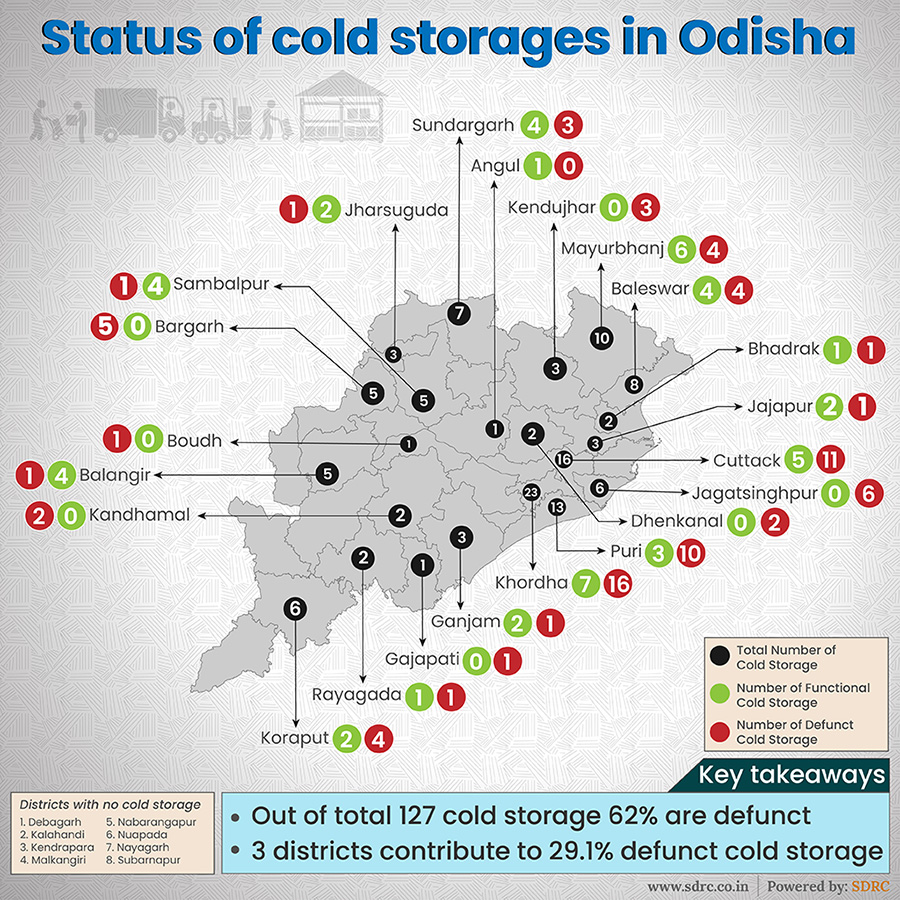 Cold storages play a key role in increasing the production of fruits and vegetables. They extend shelf life of produce, maintain quality, prevent oversupply, reduce transport bottlenecks, and period of marketing during the peak period.

Odisha, being a producer of a wide array of fruits and vegetables round the year, witnesses a lot of them go waste.

As per a survey on post-harvest losses by Indian Council of Agricultural Research (ICAR) in 2015, Odisha sees over 1.45 lakh tonnes fruits and more than 4-5 lakh tonnes of vegetables perish every year!

Does that mean that we don’t have enough cold storages?

As per Assembly Answers 2018, there are 127 cold storages in 30 districts, out of which 79 are defunct. Although each district average about 4 cold storages, the distribution is quite uneven.

As many as eight districts – Debagarh, Kalahandi, Kendrapara, Malkanigiri, Nabarangapur, Nuapada, Nayagarh, and Subarnapur – don’t have any.

Seven districts – Gajapati, Dhenkanal, Jagatsinghpur, Kendujhar, Bargarh, Boudh, and Kandhamal – have 20 cold storages in total, with an available capacity of 41040 MT. All of them are lying defunct. As much as 39.7% of total capacity of 365225 MT is defunct in the state.

What can be done to improve the situation? 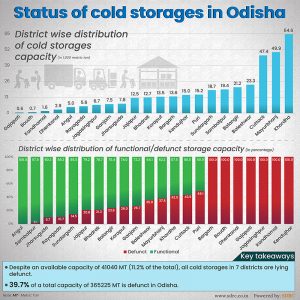 6 thoughts on “What is the status of cold storages in Odisha?”