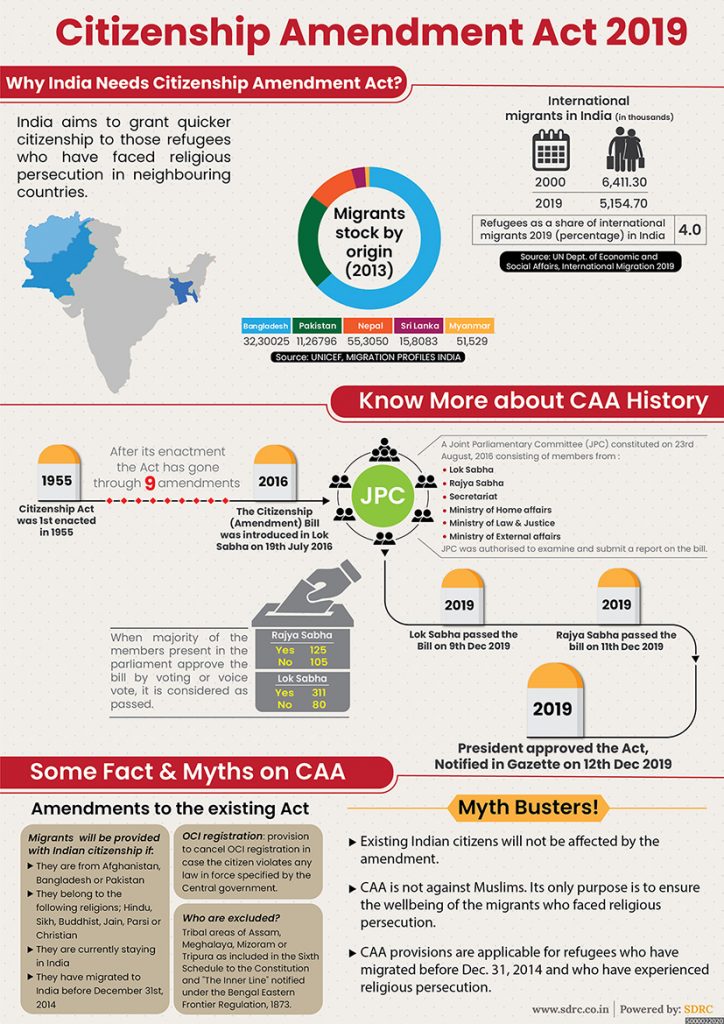 Through the Citizenship (Amendment) Act, 2019, India aims to grant quicker path to citizenship to those refugees who have faced religious persecution in neighboring countries.

Migrants will be provided with Indian citizenship if:

The percentage of refugees as a share of international migrants 2019 in India stood at 4%.

Some of the myth busters:

* Existing Indian citizens will not be affected by the amendment.

* The Act is not against any religion. Its sole purpose is to ensure the well-being of migrants who faced religious persecution.

* CAA provisions are applicable for refugees who have migrated before Dec. 31, 2014 because of religious persecution.

Under the CAA, tribal areas of Assam, Meghalaya, Mizoram or Tripura are excluded as per the Sixth Schedule to the constitutions and the inner line notified under the Bengal Eastern Frontier Regulation, 1973.