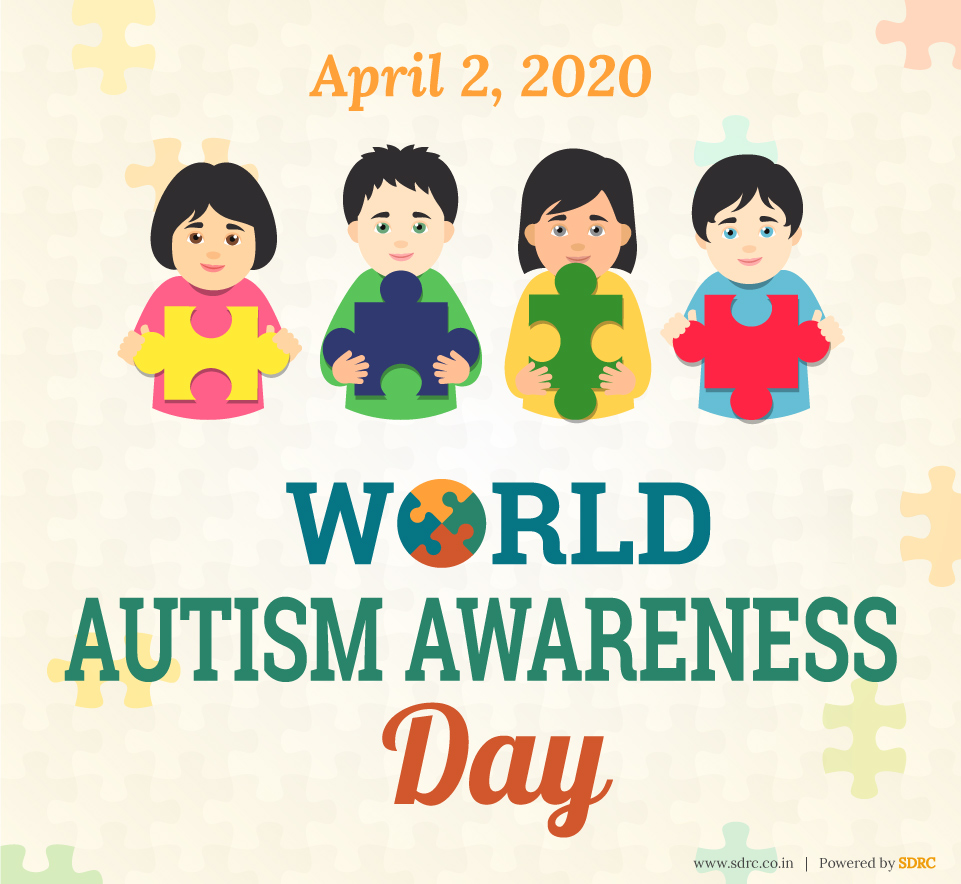 When Manab (name changed) was about two and a half years old, he was unable to speak and used to behave a bit strange compared to children of his age. His parents sensed something was wrong and consulted a doctor. They were devastated to learn that he is autistic, and it took them several months to accept the fact that their only child is only a bit different than other children of his age.

Autism is not a disease. It is the result of a neurological disorder that affects a child’s social interaction and communication skills. Though the exact cause is not known, some recent studies indicate that it could be a combination of environmental and genetic factors.

To raise awareness about those with autism, every year April 2 is observed as the World Autism Awareness Day. The day emphasizes the need to assist and enhance the quality of life of autistic people so that they can lead meaningful and healthy lives. The theme of the day this year is “The Transition to Adulthood”.

As per some studies, two-six out of 1000 children around the world are autistic. According to some experts, the prevalence rate of autism is 1 in 250 in India, which means about 1 crore people in the country are autistic. The numbers are likely to be more as many cases are not diagnosed. As per some research, the prevalence ratio is about 5 males for every 1 female diagnosed.

A child who is likely to be autistic or fall in the autism spectrum can be identified by early diagnosis, preferably before the age of three. After that, professionals can make an early intervention and bring about significant behavioural and social changes in such children. There are many experts, evangelists and leaders who are committed to bringing children with autism into the mainstream. We have mentioned two leaders who are spearheading dedicated organizations to help such children.

Dr. Dhanashri Vijay Pawar, director and founder of Divyam Centre for Autism, started the centre after going through deeply personal experience. After her son was diagnosed to be on the autism spectrum, both Dr. Pawar and her husband went around the world seeking the best treatment for their child. It was then they learned about the different interventions which can help their child.

After her son showed major improvements, Dr. Pawar opened the multi-therapeutic centre in 2016 to provide early intervention therapies and treatments to children in the autism spectrum, whose parents won’t be able to afford the expensive treatments. In the three years, Dr. Pawar and her husband changed the lives of many autistic children; touched and eased the lives of their parents.

Ms. Swarna Lata Mishra, the founder and chairman of Manage Autism Now (MAN) Trust, is also the mother of a child with autism. Ms. Mishra decided to start the trust in 2008, along with four other trustees, to help autistic children, as well as their parents. She believes that an autistic child is no way lesser than a regular child. Many such children have exceptional abilities and talents that make them special indeed. In fact, her son, Gautam Panda (Chinu), is now 19 years old, is an autistic savant.

The trust covers Ayurvedic treatment, behavioural therapy, sensory integration therapy, yoga therapy, physical exercise (dance and music) among others. It also provides referral service to parents and professionals who work with them.

There are also more leaders and dedicated people like Dr. Pawar and Ms. Mishra, who work relentlessly, selflessly, and tirelessly to improve the lives of autistic children and create awareness among people about the condition. For them, it’s not just a job or a project to keep them engaged, it’s their life.

Manab, who after getting intervention from a reputed centre is now able to interact in social situations and has no major behavioural issues. Seeing his progress and significant improvements, his relatives and neighbours are amazed.

3 thoughts on “World Autism Awareness Day 2020: The Transition to Adulthood”